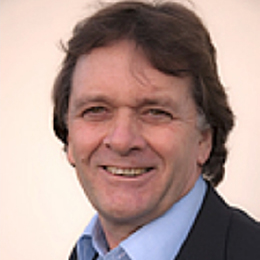 Trevor was one of the pioneers of the introduction of CRM (Crew Resource Management) training into British Airways, as well as developing and delivering training courses for pilot instructors. He was a British Airways pilot from 1971 until 2005 predominantly on long haul routes, with over 15,000 flying hours. For the final 12 years he was a Training Captain on DC 10 and 747 aircraft. He also flew for Kuwait Airways for a period in mid career.

More recently Trevor worked in several research projects in healthcare, notably under Professor Marc DeLeval at Great Ormond Street and Mr Peter McCulloch at John Radcliffe Hospital , Oxford. Latterly he has worked on the Safer Theatre Teams project at three major Hospital sites in the South East of England. In the course of these projects he and Guy Hirst have spent many hours observing and training in operating theatres in Hospitals across the UK.

In 2005 Trevor was Co-author of SLIPS (Safety and Leadership for Interventional Procedures and Surgery) course at the Royal College of Surgeons of England (RCS) in close cooperation with Mr Tony Giddings FRCS. He is qualified in the use of Myers-Briggs Type Indicator (MBTI). He was accepted as a Fellow of the Royal Aeronautical Society in 2003.

Trevor is highly active in development of research and training initiatives in healthcare, aviation and other safety-related industries.