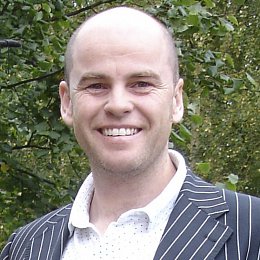 Because I believe that just being good, is not enough.

Because it is critical for individual and collective success, in that through fostering the development of individuals and teams you encourage receptive, dynamic and creative people who can then have a greater performance capacity.

Sir RanulphTwistleton-Wykeham-Fiennes. I am inspired by his tenacity, determination and self-motivation. Sir Ranulph’s meticulous planning, preparation and ultimately his perseverance leave me in awe. His capacity for wider considerations of concurrent research and exploration activity does, in my mind, set him above all others in the field. Also I admire how he challenges and addresses his own fears.

Tim joined the ranks of the Royal Air Force and quickly gained the Queen’s Commission and left the Service as a Senior Operations Manager. He worked predominantly as an Air Traffic Controller at the leading edge of the expeditionary Air Force and conducted several successful and significant Operational tours. He was attached to the Winter Survival School from where he went on to become a Resistance to Interrogation and Conduct after Capture instructor. He then moved into a higher management role and was a team leader responsible for the coordination of political intent, financial control, training needs and requirements of fast jet assets. Tim spent considerable time cross training with other sectors of the Army and Navy and this led him to develop further key skills, he was also the Personal Aide to a leading NATO Director. He has routinely raised considerable sums of money for charity and organizes large corporate events on an annual basis.

Since leaving the Royal Air Force Tim has established a successful hospitality company based in the Home Counties. He has an interest in a blossoming private security company based in the Far East and consults on matters of aviation logistics for a maritime security company. Tim regularly uses his wide network of contacts and acts as a relationship advisor. Tim is a pivotal negotiator for new businesses and key-enabler for innovative commercial activity.