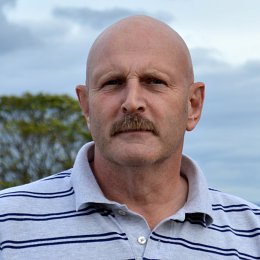 By striving for excellence myself, I can motivate and inspire others to achieve more than they believed possible – the ordinary to extraordinary.

I get a ‘buzz’ from helping people achieve the Goals they felt were out of reach.

Honesty (with yourself and others), Reliability and Drive.

An Ex-Boss of mine – Pete Brown. I had arrived at my new section, under a bit of a cloud! Pete saw something in me worth developing and gave me extra responsibility and helped me gain promotion. From then on, I have endeavoured to help others achieve their ambitions.

Royal Air Force. A respected and trusted Engineer who served in many differing roles during his career, including: - Aircraft Engineering, Quality Assurance, Recruiting and Training.

Throughout his career as well as his Technical ability, he was known for his ‘people skills’ and his ability recognise issues within his Team and to act quickly to get people ‘back-on-track’. In his early years this was carried out fairly crudely! However, through the Management and Leadership Courses he attended, his approach became more structured.

In 2003/2014 he taught Instruction Techniques including Coaching & Motivation, as part of the Tri-Service Instructors Course. It was during this period that he really honed his Coaching skills.

Outside of work Stuart is a successful Swimming Teacher/Coach who has coached a number of swimmers to National Level and one of his swimmers is currently a NATO Champion.

Stuart is currently delivering Leadership and Management Training to Superintendents and Supervisors at the Sohar Aluminium Company in Oman, as well as First Aid Training to the Oman Methanol Company in Sohar.